Taiwan photographer. Former name was Deng Tenghui. He graduated from Beipu public school (the current Beipu Elementary School) and went to Japan to study in 1924 (Taisho 13th). In 1929 (Shiaowa 4th), he got into the Economic major. at Hoisei University and came back to Taiwan in 1935 after he graduated. During his university years, he took parts in the joint exhibition of photography club and used his classmates and friends to be his model and took lots of portrayal photos. He also tried to capture the street views around the flourishing Ginza. In 1932, for the first time he used his work, The woman in the bar (酒吧的女人) to be published on the intaglio page in the masthead of CAMARA magazine. In 1934 he joined the first Shanghai International Art Show of Photography and was selected 10 grades 4th place with the work The sketch of the seacoast (海濱的速寫). A lot of his photo shoots were published in the Leica Monthly (萊卡月刊) which was edited by the photography critic Jue Jianghong.

While he studied in aboard, he was influenced by the Japan’s “New Photography Movement”, which made him more observant to the city girls, also he was capable of using snap shots to capture the things that touched his heart. The representative works during this period were The lady viewing the scenery pictures (觀賞風景照的仕女), The mailbox and the child (郵筒與小孩) and Modern lady (摩登仕女)…etc.. After he came back to Taiwan, he opened a store called “Nanguang portrait machine store” at Taipei Kyoumachi (the current Boai Road). While he handled the business, he also continued to create photo shootings. For the female pedestrians in the Taipei city, he had left a bright tone with rhythm series of female portrait series which also opened up the realistic native photography trend in Taiwan’s late 1930 and he became the important pioneer of using the photos to record the actual events. Examples are such as using the peripheral of hometown Beipu as the background to record the traditional living cultures in Hakkas’ city and town, for events like the statuary of the clansman, holidays and festivals, wedding and funeral ceremonies, parade around the streets to praise the gods, the market views. The representative works were the Emei’s paper hanging (峨眉掛紙), Return the mountain (還山) and Peaceful drama (平安戲)…etc.. In the end of the World War Two and after,

Deng Nanguang were the very few photographers that recorded the beginning and the end of the war at Taipei city. He had left the precious historical images such as The moment the allied forces’ plane got shot down (盟軍飛機被擊落一剎那), Picking up the bricks in the ruin (廢墟中撿拾磚瓦), Japanese selling the family belongings on the streets (日人在街頭販售家當). The series “Culture of the bar” that was completed in 1950s was the monumental work of Deng Nanguang which was full of the sense of self living story. This series showed a desolate middle aged man and an understanding and wise female bar friend gazing sincerely at each other which was the extract of his works. Deng Nanguang had always been one of important leader in the activities for rousing up the photography fashion after the war. Other than joining the resuming of “China photography association” activity in Taiwan, he was also the long term sponsor and judge of the ‘Taipei’s monthly photography contest’ with Chang Cai and Li Mingdiao (the so called ‘Taipei’s three Musketeers of photography’).

Even in 1953 he established the “Unrestrained photography exhibition”, and in 1963, he started and established the “Photography Association of Taiwan Province”. In August 2007, the Taipei Fine Arts Museum exhibited the “Deng Nanguang’s 100 years old memorial exhibition” and the photographer Chang Zhao Tang had pointed out that ‘Looking at the life of Deng Nan Guang, it’s almost like the camera was his eyes and also his pen.

1971 - Passed away at the age of 65 of heart attack.
1966 - 60 years old. Was honored by the Taiwan Provincial Photographic Society as Outstanding Scholar, and Honorary Fellowship by the Photographic Society of Taipei.
1965 - Edited Konica News, a journal published in A4 size, debuted on October 10
1965 - Joined Konica Sakura Photography Magazine, funded by Hsin-sanhsing Trade Company”, as issuer and editor-in-chief.
1963 - 57 years old. Launched The Taiwan Provincial Photographic Society and acted as its Director General for seven consecutive terms.
1962 - 56 years old. Published Elementary Photography. Lang Jing-shan wrote in the preface “the book is the first step to photography success.
1960 - 54 years old. Closed Nan-guang Camera Shop. Became a medical photographer for the United States Naval Medical Research Institute, Unit No. 2, in Taipei.
1957 - Founded The Taipei Photographic Salon and served as a panel judge.
1957 - 51 years old. Published Up to Date Camera Guidebook.
1954 - Held the first Open Photography Exhibition at the Rose Marie Art Gallery (the annual event has been held 47 times up until now)
1954 - 48 years old. Was elected as the director of The Photographic Society of China.
1953 - Founding member of The Photographic Society of China, and established The Photographic Society of Taipei.
1953 - 47 years old. Established Open Photography Exhibition, along with a weekly lecture series and monthly photography review panel.
1952 - 46 years old. Sponsored the Taipei Monthly Photography Exhibit with Chang Tsai and Lee Ming-diao in Tienma Tea House, and held in Rose Marie 1952 - Art Gallery the Taipei Photography Monthly Contest, acting as judge for the next ten years.
1951 - Acted as a committee member for the First Taiwan Photography Exhibition at Zhongshan Hall.
1951 - Acted as a photography committee member for the Chinese Fine Art Freedom Exhibition.
1951 - 45 years old. Was engaged by the Taiwan Cultural Association as Photography Committee board member, together with Chang Tsai, Lee Ming-diao, 1951 - Lee Huo-tzeng, and Hsueh Tien-zhu.
1949 - 43 years old. Assumed the post of The Fourth Taiwan Provincial Sporting Event photography correspondent.
1948 - 42 years old. During the 3rd annual photography contest held by Taiwan Hsinsheng News, Chang Tsai one first place, while Deng Nan-guang and 1948 - Lee Ming-diao both held second place. The trio are thereafter known as the “Three Photography Musketeers”.
1946 - An example of another association at that time was the “Sugarcane Club”, founded by Ye Nan-hui, Lin Tzu-chuan, and Su Gong-jing in Tainan.
1946 - Established a Leica Club with Li Huozeng, which was one of the earliest photography association in Taiwan after the war.
1946 - Continued selling photographic equipment and promoted amateur photography, and changed his name into Deng Nan-guang.
1946 - 40 years old. After the war, returned to Taipei to re-open his Nanguang Photographic Supplies Shop on Hengyang Road.
1945 - Employed by Zhudong Tea Collective, and photographed a series documenting tea manufacturing process, which was used for export communication material.
1945 - 39 years old. As the war intensified, he closed his shop and moved back to Beipu.
1944 - 38 years old. Registered as a “photographer” at Taiwan Governor-General Office (during the Japanese rule, one must be officially qualified 1944 - and wear a lapel badge for photographing in the public and to possess the right of rationed photography equipment)
1937 - His works, “The Fishing Trip” and “The Zoo” won Excellence Award at the Japanese 8mm Film Competition.
1937 - 31 years old. Joined Kansai Photography Alliance, until March, 1940
1935 - Started photographing Beipu countryside and in northern Taiwan, folk events, street scenes, and everyday life.
1935 - Returned to Taiwan. Founded Nanguang Photographic Supplies Shop in Kyomachi, Taipei (today's Boai Road).
1935 - Published “Beach Snap” in The Japan Photographic Annual 1935-36.
1935 - 3 of his works, “Ballroom”, “Summer Shadow” and “Dragon Banner” entered the Second Japanese Leica Association Exhibition, which was held from November 26th to 30th.
1935 - 29 years old. Exhibited Roadside Scenery at the third Tokyo Photography Association Exhibition from October 22nd to 28th.
1934 - Works were exhibited at the First Japanese Leica Association Exhibition.
1934 - Awarded 10th place in First Shanghai International Photography Exhibition with “Beach Snap”.
1934 - Exhibited work with Outdoor Experimental Photography Club in April at the Tokyo Natural Science Park.
1934 - Joined Kanto Student Photography Alliance, membership number 1129
1934 - Joined Japanese Leica Association, membership number 898
1934 - 28 years old, works were published by Leica Magazine.
1933 - 27 years old, Joined the Fourth Hobby Photography Exhibition at Hosei University.
1932 - Works were exhibited at the Third Hobby Photography Exhibition at Hosei University.
1932 - Joined as a member with Kanto Photography Alliance, membership number 1393
1932 - Published “Hostess” in a Japanese magazine Camera.
1932 - 26 years old. His first son, Deng Shih-guang is born.
1931 - Became passionate about street snapshots with Leica small models.
1931 - Returned to Japan to continue his studies and settled in Yoyogi, Tokyo.
1931 - 25 years old. Temporarily returned to Beipu and married Peng Ching-mei.
1929 - Began initial exposure with Shinko Shashin (the New Photography Movement)
1929 - Purchased a secondhand Leica model A camera.
1929 - Member of campus photography club.
1929 - 23 years old. Majored in Economics in Hosei University, Japan.
1924 - 18 years old. Went to Japan for high school. Bought a Kodak Autographic Camera.
1907 - Born Deng Teng-hui on December 5 in Beipu Township, Hsinchu County.
See all 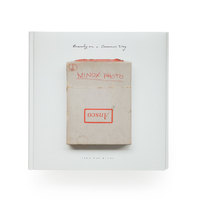 Beauty on a Summer Day 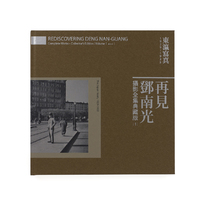 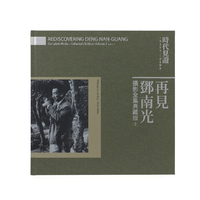 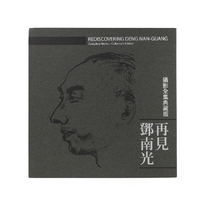 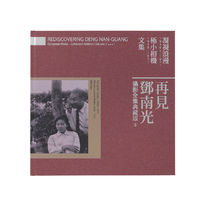