Kyoshi Niiyama was born in Ehime Prefecture, Japan in 1911 and graduated from Tokyo Denki Senmon Gakkō (Tokyo Institute of Electricity). In 1935, he joined Rikagaku Kenkyusho (RIKEN) and in the following year, began his photographic career as a member of the Pearlette Dōjinkai (Pearlette Camera Coterie) and published his work in various salons and international photography magazines. Several of his works were selected for the London and Paris Salons, and for contests in the magazines: American Popular Photography and Photomonde. He later became involved in the development of amateur photographers in Japan through his activities with the All Japan Photographic League and the Tokyo Photographic Society. In 1958, he joined Asahi Kogaku (Asahi
Optical Co., Ltd.) and became the director of the Tokyo Service Center. He passed away in May 1969. The German photographer Otto Steinert, who advocated "Subjektive Fotografie" (Subjective Photography) in the 1950s, made his work widely known throughout the world, and it is still appreciated today both in Japan and abroad. 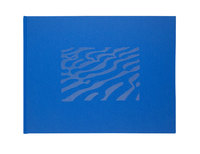 At the Tidal Flats