Filter
Browse By
Kiyoshi Suzuki (1943–2000) was born in Yoshima Village (currently Iwaki City), Fukushima Prefecture, former site of the Joban coal mine. After graduating from a part-time high school, he moved to Tokyo to become a cartoonist, but was so moved by Ken Domon’s Children in Chikuho (1960) that he decided to become a photographer. He attended the Tokyo College of Photography until 1969. In 1970, he debuted with the series “Coal Mining Town” which included images of the coal mine in his hometown and was published in Camera Mainichi. In 1972, he self-published his first book of photographs Soul and Soul and continued to make photographs while making a living as a sign painter thereafter. He published The Light that has Lighted the World in 1976, Mind Games (recipient of the 33rd Photographic Society of Japan’s Newcomer’s Award) in 1982, Finish Dying (recipient of the 1995 Ken Domon Award) in 1994, and Durasia in 1998. Nearly all of the publications were self-published and designed. In all cases, Suzuki took a line from a book he loved and expanded the worldview he saw in the book. The resulting unique and unfettered works show the lifework of a photographer who dedicated his life to books.

1943 Born on 30th of November in Yoshima-mura,Iwaki-gun(current name Iwaki-shi),Fukushima Prefecture.
1965 Graduates from Fukushima Prefectural Taira Daini High School (night school,general course) and comes to Tokyo with an aim to become a manga artist.
1969 Graduates from Tokyo College of Photography. Makes a debut with the serial work of six parts"Tanko No Machi (Coal Mining Towns)" on Camera Mainichi (until 1970). Continues photography while making a living as a sign painter.
1972 Publishes Nagare No Uta (Soul and Soul).
1976 Publishes Brahman No Hikari (The Light That Has Lighted the World).
1982 Publishes Tenmaku No Machi.1983Receives the 33rd Newcomer's Award from the Photographic Society of Japan for the book Tenmaku No Machi.
1985 Takes a position as a lecturer at Tokyo College of Photography.1988Publishes Yume No Hashiri (S Street Shuffle).1989Receives the 1st［annual］ Prize of Society of Photography for the book Yume No Hashiri.
1991 Publishes Gusha No Fune (The Ship of Fools) from IPC. (The only book that was not self-published)
1992 Publishes Tenchi Gijo (Southern Breeze): Kiyoshi Suzuki Photographs 1990-1992. Receives the 17th Ina Nobuo Award for the solo exhibition Haha No Umi(Mother's Sea)
1994 Publishes Shura No Tani (Finish Dying).
1995 Receives the 14th Domon Ken Award for the book Shura No Tani.
1997 Publishes a hand-printed lithograph portfolio INDIA SONG (Produced by WORKS・H)
1998 Publishes Duras No Ryodo (DURASIA)2000Passes away from illness on 23rd of March. 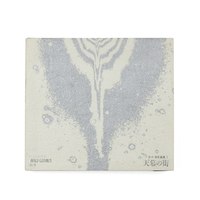 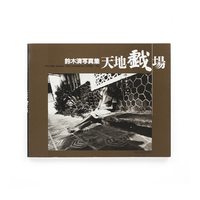 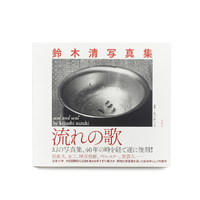 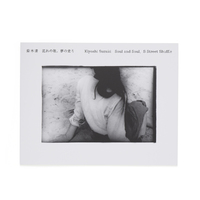 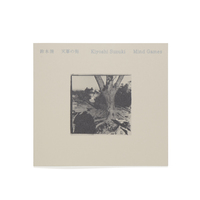