Born in 1959 in Beijing, Liu Xia is a poet, painter and photographer. For over three decades Liu Xia has been one of the most notable figures of the contemporary Chinese art world. Liu Xia is prohibited from public exhibit in China. In 1996, Liu Xia married the writer Liu Xiaobo, imprisoned for his writings in favor of democracy. After Liu Xiaobo was awarded the Nobel Peace Prize in 2010, Liu Xia, though never charged or convicted in China, was put under house arrest. 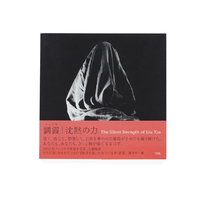 The Silent Strength of Liu Xia