Luo Dan was born in 1968 and currently lives and works in Chengdu, Sichuan. 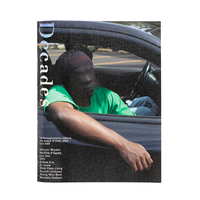