Thomas Albdorf‘s main interest focuses on photography and sculpture – in particular, the intersection area between both practices, their shifting perceptions, the contemporary status quo of the photographic image and the decontextualization caused by internet distribution. He conceives photography not as the single act of releasing the shutter, but as chain of decisions that ranges from the object’s or subject’s staging to post-processing and the then published image in various media. The basic photograph doesn’t officiate as an enclosed image rather than a space of possibilities and probabilities, primarily enabled via digital post production processes that often leave their visible marks in the final work, revealing their source as well as bringing their conditions of production up for discussion.

Thomas Albdorf was born in Linz, Upper Austria in 1982. After working for several years as a Graphic Designer and Art Director, he studied Transmedia Art at the University of Applied Arts, Vienna, where he graduated in 2013. He was selected as one of 30 international „Artists to Watch“ by British Journal of Photography in 2014; he won the UNSEEN Amsterdam Talent Award in 2016. His work has been exhibited throughout galleries all over Europe, and he has been featured / interviewed in magazines and blogs like FOAM Magazine, British Journal of Photography, It’s Nice That, Phaidon UK, Computer Arts Magazine and many more. He currently lives and works in Vienna, Austria. 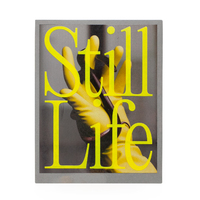