Text by Maurizio Bortolotti, Greg Hilty, Alessandro Possati, Philip Tinari.
This new Ai Weiwei (born 1957) monograph is published on the occasion of his exhibition at the 55th Venice Biennale, presented by Zuecca Project Space and the Lisson Gallery, and offers a summary of the artist's work between 2008 and 2013. It focuses on two projects, Straight (2008–2012) and S.A.C.R.E.D. (2011–2013). Straight is an installation employing more than 100 tons of steel rods recovered by a team of volunteers from buildings destroyed in the 2008 earthquake in Sichuan. Responding both to the tragedy itself and the government's apathy, Ai Weiwei and his team straightened the bars and created a modular installation with the bars laid flat on the floor. S.A.C.R.E.D. is comprised of six metal containers depicting the often humiliating routines of the artist's 2011 imprisonment on a reduced scale, with models of Ai and his guards. These routines include showering, toilet and interrogation. 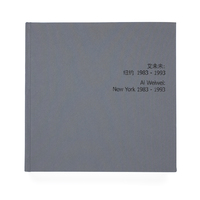 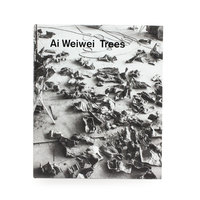