The Wallows, one of the most iconic locations of 1980’s skateboard culture. The spot was featured in the beginning of the Bones Brigade’s 1987 video “The Search for Animal Chin,” in which Tony Hawk, Steve Caballero, Lance Mountain, Tommy Guerrero, Mike McGill, Rodney Mullen and Mike Vallely go in search of the mysterious (and fictional) skater legend Animal Chin – have you seen him?
Thirty years later, photographer Taro Hirano – himself a skater during the 1980s who was heavily influenced by the video – visited the location in Hawaii to capture it in photographs. His images focus on details and dirt, and record the legendary location from the eyes of someone able to see the magic and history of this drainage ditch.
Throughout the book, Lance Mountain, Tony Hawk, Steve Caballero and Tommy Guerrero contribute short comments and memories about the location and their involvement in the video. 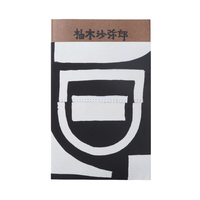