JG Ballard is one of few writers whose name has entered the English dictionary (“Ballardian”: resembling or suggestive of the fictional milieu of the novels of JG Ballard, esp. bleak, dystopian, man-made modern landscapes).

For “Jim’s Terrible City: JG Ballard and Shanghai,” artist James H Bollen captured Shanghai—a city in which Ballard spent many years of his life and which influenced Ballard like no other place—in photographs that themselves qualify as Ballardian. Within one of the largest cities of the world, Bollen identified scenes that suggest isolation and surreality.
Quotes from Ballard’s novels are littered throughout the book, and introductory texts by Fay Ballard and James H Bollen provide further context on the link between Shanghai and Ballard’s writing.

“In a totally sane society, madness is the only freedom.”
– JG Ballard, “Super-Cannes” 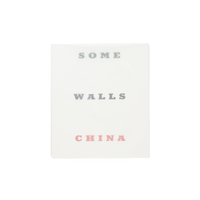 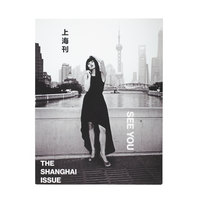 See You, The Shanghai Issue