The Kunisaki Peninsula lies in the north-eastern part of Japan’s Kyushu island. When Japanese photographer Osamu Funao visited the peninsula for the first time, he was witness to a strange, fascinating shrine festival which he thought “much more impressive than avant-garde art.” He decided to leave Tokyo to move to the peninsula and document Japan’s traditional soul and its religious philosophy in photographs.
The resulting series is an eery, fascinating look into one of the surviving ancient features of a hyper-modern culture.

This re-issue of Funao’s “Kamisama Hotokesama, Kunisaki Peninsula” features a new selection of prints, a new layout and a new book design. The book includes a long essay by Osamu Funao as well as detailed descriptions of each photograph (both in Japanese only). 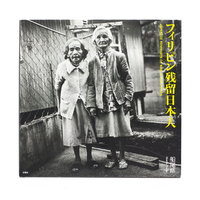