“More so than a beautifully tended garden, an unkempt garden is raw and enticing.”
― Morimura Yasumasa

The photobook “My Self-Portraits as a Theater of Labyrinths” accompanies Yasumasa Morimura’s large-scale solo exhibition of the same title held at the Kyoto KYOSERA Museum of Art from March – June, 2022.
In 823 photographs, “My Self-Portraits as a Theater of Labyrinths” captures the essence of Yasumasa’s oeuvre of self-portraits as various historical figures and protagonists from masterpieces of art and film. The images from the artist’s private collection consist of rarely seen instant photographs created along the production process of his artworks.

As Yasumasa photographs his own self taking the place of various other figures beyond the boundaries of gender, culture and race, he deconstructs the self and questions the nature of individuality. He also probes his own roles as a Japanese man and as an artist, blurring the lines between Western and Eastern art and subverting (especially in his recreations of figures like Marilyn Monroe or Audrey Hepburn) the effects of the male gaze. 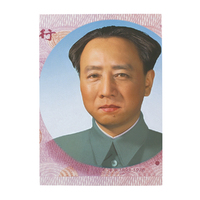