The photographs show the aftermath of the fights, with almost no human beings to be seen; they are eery, pensive photographs that speak of the violence that has taken place but also of the determination and will of the people of Hong Kong. The title of the book comes from a song by Hong Kong band RubberBand, sung by protesters at PolyU to encourage themselves. The book opens with the lyrics of this song and is interspersed with lyrics of several other songs sung during the protests.

All copies purchased via shashasha come with an additional booklet of protest-related short-stories by Hong Kong authors, called “Love in a Time of Revolution,” as a gift by the artist. 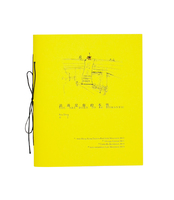 Restock/Best of You are Born to be Romantic