A death of someone close led Ohashi to the act of looking into life from death, and death from life by taking photographs in various places inside and outside of Japan. The former battleship islands that became ruins, yet remain the atmosphere of when it flourished, terrifyingly beautiful natural sceneries, and daily views that get cut off silently and violently as time passes by. The scenes presented through Ohashi’s eye, depicting the workings of life that could sometimes be almost cruel, might cause viewers signs of death that somehow equal to “non-being” that life connotes. Pictures created through the act of releasing the shutter, as if seeking for lost pieces that have been generated from Ohashi’s own pain, gently tell you the existence of death which is not on the other side of life, but is around in your daily life. Pictures later on get sublimated to something universal to give pieces of viewers’ memories gentle and peaceful moments, just like your feelings towards the deceased get changed as time goes by. The series that Ohashi decided to bring out, on this occasion after experiencing the Great East Japan Earthquake, could also be a unique story of each who confronts the pictures. 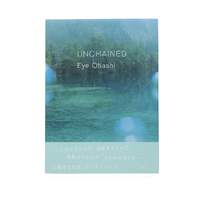