From March 1972 to May 1973 I took photographs for “Nagaoka Goze”. The blind Kaneko Seki and Nakashizu Misao, both 60 years old, and their guide Sekiya Hana, 61, were earning a living that led them away from home: they were playing the shamisen in the small villages of the Echigo in Niigata prefecture, starting out their journey from their home in Koshijimachi, Santo district.

Niigata prefecture consists of several districts, such as Kitauonuma, Minamiuonuma, Koide, Ojiya, Nagaoka, Izumozaki, Santo, Kashiwazaki, Kariwa. I am really grateful to the three goze for allowing me to stay in their various lodgings along these well-frequented lands twice that year. I recall the local people greeting them with a warm “Gozenbosa youkorashita no shi” (Goze-san, welcome! Good to see you again). The goze would sing traditional folk songs door-to-door. When they visited Tohjiba (a Japanese healing spa), people would ask them to sing old dramatic pieces like “Kuzu no ha”. Since an income of five portions of rice was very heavy to carry, they went to the shop at the gate of the village and exchanged the rice for 1000 yen, then used the cash to buy wheat flour.

Sharing the travels of these women afflicted by blindness imbued me with a certain special impression of Niigata. In April 1973, the second time I took pictures, when parting from the village of Kamijou in the suburbs of Izumozaki, Kaneko-san asked me if I could give her 1000 yen. I wanted to shoot photographs of goze as ordinary people carrying on their day-to-day life within this world. 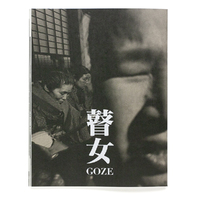 This reprint of Shoko Hashimoto’s brilliant “Goze” resurrects the photographs in their initial appearance, as a series published in Asahigraph magazine between 1970 and 1973. In the early 1970s, Hashimoto accompanied three blind women entertainers – “Goze” – on their...

More Prints from this series 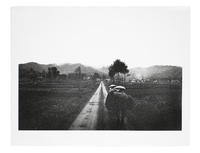 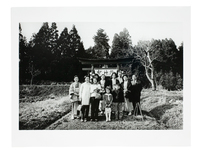 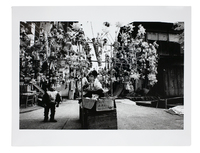 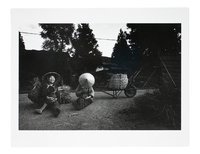 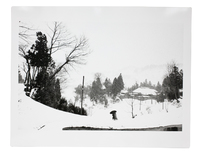 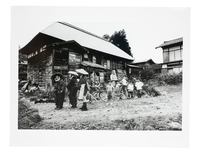 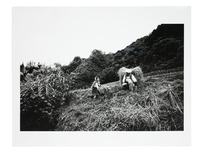 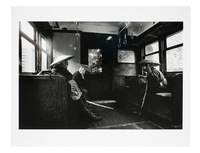 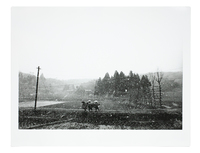