Born in Porto, 1976. Lives in Lisbon. Studied Psychology and Film. He has been exhibited regularly since 2004. Solo exhibitions at the Encontros de Braga, Centro Português de Fotografia, Galeria Fernando Santos, Silo. Collective shows in Vienna, Rio de Janeiro, Madrid, Barcelona and London. Published books include Tunnels, by Booth-Clibborn editions (2005), London, Master and Everyone (2009), I Thought You Knew Where All of the Elephants Lie Down (2010) and Perfume do Boi (2011) came out in his own Pierre von Kleist editions. In 2009 he co-directed with Marco Martins, 'Traces of a Diary', a 16mm film shot in Japan with Nobuyoshi Araki, Daido Moriyama, and Takuma Nakahira. The film was shown in competition in many international film festivals, like Indie Lisboa, New Horizons Wroclaw and Documenta Madrid, where it won the Honorary Jury Prize. Currently in post-production of 'Flamingo Field without Flamingos', a road movie shot in Portugal, produced by Som & Fúria. 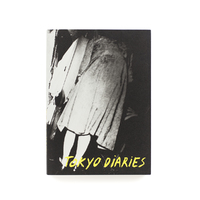