Both a commercial and fine-art photographer, Chan Dick is best known locally and internationally for the award-winning series “Chai Wan Fire Station”, which records the daily occurrences within the fire station courtyard from above. This series earned him first prize at the Hong Kong Photo Book Awards in 2015, and the Tokyo International Foto Awards in 2016. In 2017, two solo exhibitions were held in Japan and Netherlands respectively for this series. This series has also been selected by Invisible Photographer Asia for showcasing at the 2015 Angkor Photo Festival, and presented at Japan’s 2016 Mount Rokko International Festival. His other works have also been shown at the international photography exhibitions of Hong Kong as well as Pingyao of China.

Chan Dick held 5 solo exhibitions to date. His major projects explored socio-political issues within Hong Kong, most notably the 2014 series “No Compromise” that featured documented student activists. The series won him third place in the International Photography Awards (IPA) in the professional editorial/political category. His other series “Dismayland” won in the fine art category of the 2015 International Photography Awards (IPA). 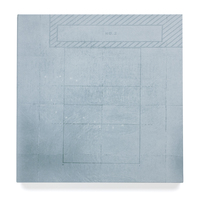