Chao-Tang Chang born in1943 November 17 in Panchiao City, Taipei County, Taiwan. Chang Chao-Tang is Taiwan’s most representative photographer. During the 1960s, in the conservative society of Taiwan, Chang Chao-Tang was a college student, profoundly moved and influenced by the social realist works in literature and surrealist painting. He published a series of absurd works that expressed his sense of ridiculousness and desolation. These included the works “Blurriness”, “White powder on peoples’ faces”, “Figure without a head”, and “Shaken-up image of the body”. He found the camera a direct way to relieve his oppression as well as release his rebellious energy. His unique style made a great impression on Taiwanese photography, and he not only had exhibitions at home but also received international appreciation. In 2013, he had his first major retrospective exhibition in the Taipei Fine Art Museum.

1943 - born on November 17th in Panchiao, Taipei country, Taiwan
1958 - studies with Cheng Shang-Hsi at the photography club in Cheng Kung Senior High School
1961 - studies at the Department of Civil Engineering, National Taiwan University, devoted to conceptual photography which reflects the modernist trend
1965 - first exhibition "2-Men Contemporary Photography" Taipei
1968 - work as a filmmaker for China Television Co. Taiwan, specializing in newsreel and documentary series for 13 years
1976 - makes documentaries about Taiwan and photographs with a realist orientation
1980 - awarded Best TV Cinematographer / Editor of the Year for "The Boat - Burning Ceremony" and Best Documentary Cinematographer for "An Old House - Chinese Traditional Architecture" Taiwan
1990 - curates and participates in the exhibition "Seeing - Perpectives of Nine Photographers"Taipei
1993 - organizes the exhibition "Image of Cloud Gate Dance Group in 20 Years" and the exhibition "View on the Tamsui River in 50 Years" Taipei and Paris
1997 - teaches at the Graduate Institute of Sound and Image Studies in Documentary, Tainan National University of the Art Taiwan
1998 - organizes exhibitions "Image of Hakka" and "Taipei - Pass away"
2000 - organizes the exhibition "The Homeland - After the 921 Earthquake" Taipei
2001 - organizes the exhibition "Dancing in the Wind" Shinchu
2002 - organizes group exhibition "V-10 / 30 Years after" Taipei 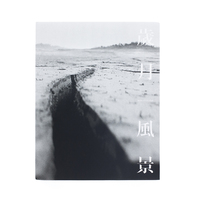 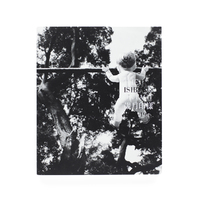 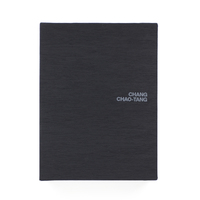