With “In Praise of Shadow”, Japanese fashion and advertising photographer Takay created an homage not only to the Japanese architect Tadao Ando but also to the distinctly Japanese aesthetical approach to light and darkness, as expressed in Junichiro Tanizaki’s 1933 essay “In Praise of Shadows”.
Focusing his photography on the Hyogo Prefectural Art Museum, opened in 2002 and designed by Tadao Ando, Takay follows the delicate lines and curves of the building, juxtaposes its contrasting textures, materials and patterns, and revels in the multifariousness of subtle gradations between light and shadow.

“Standing in the Pantheon in Rome, and observing the beam of light that falls from the top of the dome straight down onto the marble floor, I felt as if moving inside a spherical object. Such dynamic interplay of light and space is something that basically does not exist in Japanese architecture. In Japan, a typical indoor scenery is much like a shadow play performed in the soft light of faintly white sliding doors, set between the dim areas of ceilings and floors. This perception of light in Japanese architectural spaces, in comparison with three-dimensionally illuminated spaces that I experienced in Western-style architecture, inspired me to try and create my own space of light.”
― from Tadao Ando’s afterword (originally published in “House 1969–96”) 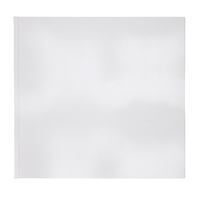