Japan can be understood as a country constantly faced with destruction, from World War II to the terrible forces of natural disasters, ever-occuring typhoons and earthquakes.
The housing arrangements of the common Japanese people, sometimes jokingly referred to as “rabbit hutches”, range from large-scale tenement housing projects to isolated homes built on mountain crests and have been witness to a remarkable economic growth after the end of the Second World War. These particular conditions have resulted in the birth of unparalleled housing structures.

Japanese photographer Naohiko Tokuhira’s work is an ongoing documentation of cityscapes.
In this photobook, he aims to illuminate the structures from which cities emerge by photographing the complexity of Japan’s housing solutions.

― Statement by the publisher (translation by shashasha) 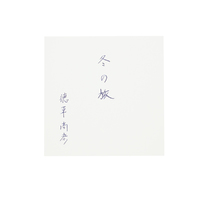