Kyoichi Sawada was a Japanese war photographer, most famous for his work in the wars in Cambodia and Vietnam, for which he won the Pulitzer Prize for Photography in 1966 and “World Press Photo of the Year” in 1965 and 1966.

“After his childhood in Aomori City and having worked at a camera shop at the US army base in Misawa, Japanese photographer Kyoichi Sawada took photographs that relayed the American wars in Cambodia and Vietnam to the world.
Sawada Kyoichi: From Home to Battle Zone is based on research of the over 23,000 images and materials by Sawada collected at the Aomori Prefectural Museum of Art and gives life to photographs that had lain silent for more than half a century in high-definition digital reproductions. Photographs taken before and after accompany his famous, published war images to provide them with further context. The sights Sawada encountered throughout his life are chased after in his many color and monochromatic prints.
The book collects a vast amount of material from Sawada’s short life, from the photographs taken at Misawa base and Aomori to his images that went around the world, from personal correspondence to envelopes used to send film from the front-lines, and including the first publication of all 28 pictures that won him the Pulitzer Prize.”
— statement by the publisher (translation by shashasha)

Captions and essays by Sawada throughout the book are in Japanese language. The book includes a detailed index of all photographs and chronological table of Sawada’s life in English and Japanese. 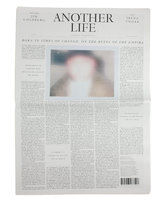