With its straightforward premise based on Aoyama’s fascination with girls in school uniforms which started in his adolescence, the series explores eroticism in innocence and the relationship between symbols, impersonality and individuality. Aoyama’s muted colors and refined compositions allow for an expression of complex emotions, fantasies and desires.

Over the 15 years of the series, as the subject matter evolved from ‘the distance between Aoyama and the girls’ to the relationship between the girls, the focus shifted to the individuality of the subjects rather than what they symbolize. As a result, the initial rule of “no faces” was gradually removed, and in the end the girls even remove their uniforms and the symbolism which had enwrapped them.

With the change in the series’ subject of interest, Aoyama’s own complex gradually faded away. “Schoolgirl Complex A to Z” summarizes the entire 15-year long journey of desire, delusion and growing in 500 photographs. 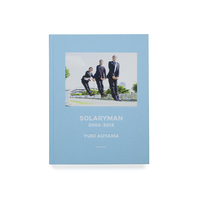 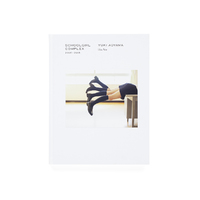