The title of Liu Ke’s work “Still Lake” derives from a poem by Mao Zedong, the poem imagines still waters rising behind what we now interpret as the Three Gorges Dam Project, one of the greatest civil engineering works in history. Liu Ke has photographed the region affected by the dam along the banks of the Yangtse River and around Chongqing, questioning the price paid by the people living in the region. 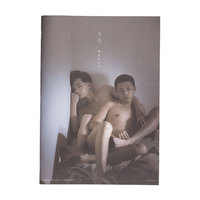