“Tinted Lines” by Los Angeles-based photographer Fumi Ishino is a photographic reconsideration of hierarchies and orders, based around fluctuating visual and verbal perception. Consisting of sceneries shot during walks around Los Angeles, Ishino’s work exames the lines – visible and invisible – that divide places – physically and hierarchically – as well as the many layers of surveillance and social structure that emerge from spaces separated in such ways.

The base color of the book is black, the images appearing as white inscriptions against the dark pages. Seen in sequence, the fragments add up to form a wider narrative about struggles for territory, ideology, gentrification, perspectives, ownership and shifting boundaries.

A poem-like text by Amanda Maddox, consisting of quotations from various sources, serves as the afterword for the book.

All text included in English and Japanese translation. 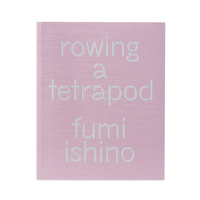