This photobook represents a delightful, playful homage to one of the great masters of Japanese photography: Shoji Ueda. Carrying an introductory letter written in Japanese, Dutch photographer Jeremy Stigter visited Shoji in Tottori Prefecture in the fall of 1993. Via the letter, Stigter posed three questions and asked Ueda to take his photographs in the nearby dunes that had served as the location of so many of Ueda’s unforgettable photographs. They picked up a fold-up umbrella along the way, which – unable to withstand the harsh winds that day – brought a surreal touch of humor to Stigter’s images.

“I never got around to showing Mister Ueda the pictures which he had so very sportingly made possible. it was only the announcement of his death, in July 2000, at the age of 87, that brought to mind the work we had created together, and I thought it only fitting to organize an exhibition showing the work now also contained within this book.”
— from Jeremy Stigter’s foreword

In addition to the series Stigter and Ueda took together, the book also includes photographs of Ueda’s handwritten replies to Stigter’s questions, short texts by Stigter about two trips to Tottori (once to photograph Shoji Ueda, the second time to visit the Shoji Ueda museum) as well as an anecdotal text by Shoji Ueda’s grandson Yutaka Masutani.

All texts included in Japanese, English and French. 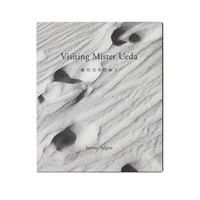 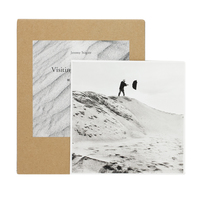