Between 1974 and 1979, Japanese photographer Mitsuru Fujita photographed mountains, fields, roads and abandoned sites along the Watarase River. It was along the shores of this river that the Ashio Copper Mine Disaster took place in the 1880s, leading to pollution of the areas around the Ashio copper mine and further downstream. In Fujita’s imposing black-and-white photographs, the mountain massif and the remnants of human activity appear as if evidence of a past fight between nature and humans, or as momentary extracts of deep time. 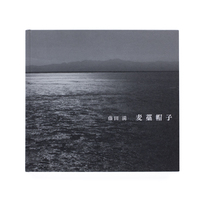