Kazuhei Kimura’s series “Wing Curtain” takes places backstage, at ballet shows performed by young Japanese girls, shortly before the curtain rises. Influenced by his own past—recalling the stage light glittering through the curtain when visiting his sister’s ballerina performance—Kimura shot a charming series that lingers somewhere between documentation and introspection, his often blurry photos and the warm, soft colors capturing the excitedness shortly before the begin of the performance vividly, both from the perspective of the protagonist and the observer at the same time.

“The buzzer rings in the background, followed by an announcement.
I imagine the curtain rising little by little.
With the excitement of the audience filling me, I open the heavy door…”
(from Kazuhei Kimura’s afterword) 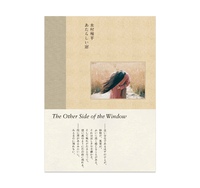 The Other Side of the Window