A romantic vision of rural Japan

Despite his relatively young age, Tomomi Matsutani’s second photobook “Yama no Hikari” (lit. “Light in the Mountains”) brims with a curiously refined nostalgia. His images, taken in western Japan (from Hyogo to Yamaguchi, Kyoto, Shimane, Okayama and Oita), depict sceneries and moments of life in rural Japan with a remarkable sense of affection and even yearning, inviting their viewers to accompany Matsutani on his leisurely journey. “It’s sad to see how the faces of the people I come across in the rural areas now resemble people in the city, and the increasing sturdy and perfunctory buildings are changing the scenery. Nevertheless, I know that I exist in a society of progress, and I won’t be able to go against it.” (from Tomomi Matsutani’s afterword, included in Japanese and English translation) 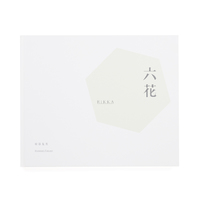