Wan Chaofan spent four years capturing photographs alongside the Arakawa River, from its source in Oku-Chichibu just north of Tokyo to the point it flows into the sea in Tokyo Bay. As one of the main rivers that flow through Tokyo, the Arakawa has defined its shape, provided water for its inhabitants and proved deadly during floods (Arakawa literally translates to “angry river” in English).

In Wan Chaofan’s large, wide-format images, the river knows the rocks and stones of its clear riverbed near the source, knows Mt. Buko north of Chichibu that has been violently changed to produce cement, knows the forests that line its path into the capital, the highways and golf courses and baseball fields and flower gardens alongside the river bed in Tokyo. With its unusual approach to portray the city, “Yes, The River Knows” introduces the viewer to an entirely new perspective on Tokyo.
The series won a Canon New Cosmos of Photography Excellence Award in 2021.

“I believe these photographs stand out as special places like nowhere else because of how well they blend the relaxed, hazy time of flowing alongside a river without signs of flooding or other dangers with the time inherent to panoramic photographs that arises from gazing at, almost surveying, the broad horizontal frame. The structure of the work is also attractive, with the river acting like a binding cord that gently pulls each photograph together.”
― from New Cosmos judge Takashi Yasumura’s statement 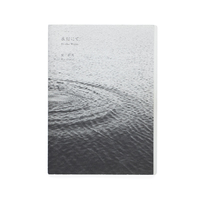