One day, Yohei Kichiraku found an old bird atlas at a flea market. When he turned the pages of the atlas, he found that a bird had been cut out of one of its pages. Feeling that in its absence, the bird had taken flight, Kichiraku thought to release the other illustrated birds in the atlas.

Kichiraku cut the birds out, returned them to the forest, and photographed them in their natural habitat. Page after page, the photographs in Birds invite viewers to encounter the illustrated birds in the forest.

Designed to resemble the atlas that inspired the series, Birds houses the lovely birds, which were released from the same atlas and into the forest. 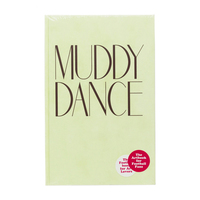