This publication accompanied the exhibition “Lieko Shiga: Blind Date” at the Genichiro-Inokuma Museum of Contemporary Art (June – September 2017) and consists of three volumes.

The softcover book “INSIDEOUT” is a series of photos taken by Lieko Shiga of the exhibition itself. The photos also show the surroundings and the set-up process of the installation, and are closer to capturing the experience visitors would have at the exhibition rather than providing a straightforward documentation of the exhibition.

“Text” is composed of two essays, one by Shiga, the other by the curator Katsura Kunieda, both in English and Japanese. Shiga’s long essay was also featured during the exhibition; the version in this publication has been reworked by the artist.

In “Talks and Workshops”, a series of four talks as well as a stone-picking workshop held during the exhibition are recorded. Talk guests include Mikio Igarashi, Mariko Takeuchi, Tomomi Tsuchieda and Norimizu Ameya. All talks and the workshop are recorded in Japanese language only.

The original publication “Blind Date” by Lieko Shiga is also available at shashasha. 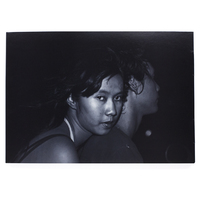 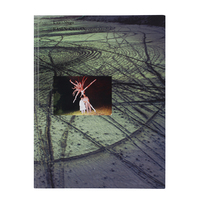