We live surrounded with invisible entities that are air and water. They reveal themselves to us only when they gather and materialize, the former as wind, the latter as rain and torrents. At times, air and water turn into actual disasters, typhoons and floods, but ordinarily they are but that invisible presence enfolding all things on Earth. Humans have divided the world between continents, oceans, rivers and sky, then they organized it by founding cities and nations. One might say that the history of mankind is that of its creating frontiers between things. Classification, distinction between identity and alterity can foster division, even segregation. Amongst making itself they have generated social or racial discrimination, but on a larger scale they have lead to its separation from the living world of animals and plants. Ours is also the history of a species that, although surrounded by the same invisible elements of air and water, has set itself apart from other forms of life. It is only when air and water manifest themselves, through exceptional events like typhoons and earthquakes, that people understand how that organic and normally invisible presence is deeply ad intricately rooted in their environment.

Cities and nations are thus means to organize the world, designed by mankind during its arising and migrations, based on notion of impermanence and separation. Hideki Takemoto’s photographs capture that transparent and hazy space in which people, objects and landscapes offer only trembling and precise contours, whilst maintaining a steady compositional framework, that is in no way wavering. The artist seizes that evanescent space revealing the outline of the essence of life. He undertakes to render that transparent and organic material by releasing it from concerns of organization and distinction, and by showing it as a universal presence, deeply and invisibly binding all things. This attempt at re-establishing the bordering space, the invisible and dense network keeping the world together, strikes me as utterly radical. 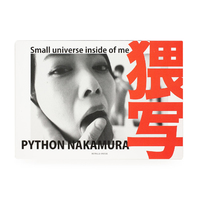