“Toward the Indefinite Time of Water's Edge”

Traversing the threshold between sleep and wakefulness, we find visual suspense lingering on the boundary between nature and culture. The space-time of the shores that surface within Asako Narahashi’s photographs provoke the thoughts and sentiments of an era of crisis.

In Narahashi’s previous photobook, half awake and half asleep in the water, (published in 2007 by Nazraeli Press, Portland), Martin Parr described how “water” and “land” have served as two major elements in the history of landscape photography. In his essay, Parr wrote about Narahashi’s photographs of the water’s edge as follows: “Yet I have never seen these two components put together in such a compelling way.” And, “… this work shows so well photography’s ability to challenge our lazy ways of looking. We usually look at and perceive the boundary between sea and shore from the stable state of the land. However, the images of water’s edge captured by Asako Narahashi reverse our usual perception. They bring us the amazement of this reversed vision and the sense of being suspended in midair.

The images of water’s indeterminate and ever changing form in Ever After, over which we see the mountains and buildings, were photographed in Japan, Dubai, Amsterdam, the suburbs of Paris, Santa Monica, Taipei, and other places between 2002 and 2011. Although they have recorded the reality of each sight, sometimes the water becomes something beyond water, the mountains and buildings become something beyond their usual forms. These images touch the boundary of consciousness and unconsciousness through photography. Being on the water’s edge, we feel both comfort and anxiety at the same time.

This collection also includes photographs taken on land that have been developed in parallel with the water photographs. The unique sense of distance and instability found in Narahashi’s land photography resonate well with her water photography. The insert booklet, with a 6,500 word artist’s interview, offers us insight into Narahashi’s thoughts on photography and the development of her work until now. 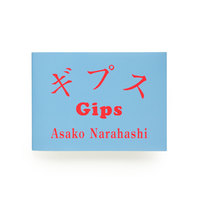 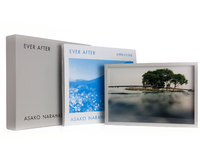 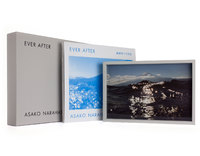 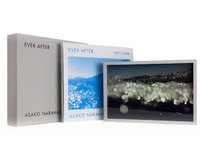 Restock/Best of Reflections on Tsugaru