Despite never consciously experiencing soviet socialism rule herself, Slovakian artist Maria Svarbova’s (b. 1988) new book “Futuro Retro” builds on the aesthetic senses – colors, shapes, clothes, architecture, spatial design – of the socialist era. Following her hit book “Swimming Pool,” this large-volume photobook, composed of twelve series, creates a vision of a future from the past. Working with real locations as well as artificially created sets, Svarbova’s images play on a feeling of “faux-nostalgia” as they envision scenes at the doctor or butcher, of married life and during other social or private situations as they might have happened in an alternate timeline. Despite a certain reliance on aesthetics of the past, Svarbova’s photographs manage to feature highly-creative visual creations that avoid romanticization. 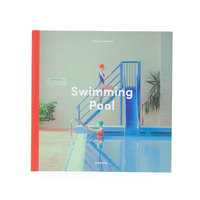