Beginning a journey which would span two years, photographer Nariai Akihiko travelled in and around the Izumo mountains of Japan's Chugoku region with the hopes of discovering a place which reflected ordinary life in and amongst the areas less visited by travelers and kept hidden by its surrounding environment. Rivers, mountains, paths less travelled which lead along to small rural villages are all presented here within the images captured by Akihiko Nariai. The black and white photographs reflect his journey which began from Shinji Station down to Bingo Ochiai, taking the viewer on a visual pilgrimage of Nariai’s travels and personal self discovery. 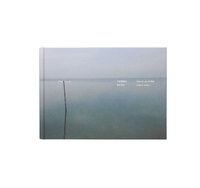