The more than 400-page strong “Nihon Mura” (“Japanese Villages”) is a compilation of 60 years of work by Japanese photographer (and tile-maker) Shuji Yamada.

Born in 1939, Yamada gained notoriety in the 1970s for his architectural photographs. He visited cities, settlements and villages all over Japan and captured an extensive array of different ways in which humans make spaces for themselves. In addition to Japan’s cities and villages, Yamada began to photograph other areas of the world — like New York or Shanghai in the early 80s and Cambodia in the 2000s. With "Nihon Mura 1960-2020”, Yamada presents a stunning, multi-faceted records of time and place that spans over 60 years of his life.
The publication includes a long introduction to Yamada’s work by Kobe Design University professor Hitoshi Yamazaki. All texts available in Japanese and in English translation.

“Perhaps because he is so familiar with the experience of dazzle, abrasion, flow, temptation, as a dense collision of images — the gravity and unconscious substrate of the city — Yamada’s photographs have the power to transport viewers. They are Yamada’s unflinching response to the sight of the lives and landscapes that the city forces on its residents, and almost seem like scenes of combat.” (from Hitoshi Yamazaki’s introduction) 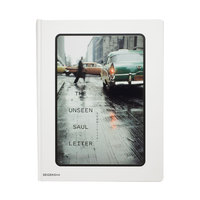 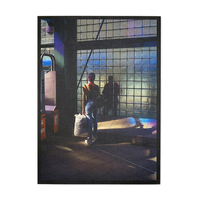