In his photographs in “Approximate Joy”, Christopher Anderson concentrates entirely on the faces of young people in Shenzen, intentionally removing the context of the city in order to both emphasize the universality of the experiences in his photographs as well as allow the viewer the pleasure of studying a stranger’s face from an intimate distance.

Anderson’s photographs are not a documentation of the city of Shenzen, its streets or its fashion; Anderson shoots for an “anonymous megalopolis”, Blade Runner-style, in order to capture a phenomenon with few local limitations:

“When you go to an “exotic” place across the world, everything just looks the same: young people are wearing Chanel, listening to rap music, staring into iPhones. From a photographic perspective, to me, what people do becomes less and less interesting. Visually, cities look like airport duty free.”

“The past is useless. It has been paved over and something new has been built on top of it that approximates happiness, but doesn’t quite replicate it. Approximate Joy: almost better than the real thing.” 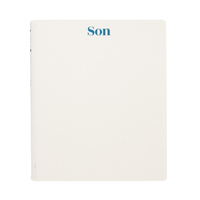