Renowned for his documentary photography from conflict zones in Afghanistan, Iraq, Israel and Palestine, with the birth of his son Atlas Christopher Anderson stepped away from war journalism to turn the camera towards his own family.

This republication of his photobook “Son” adds a second chapter to the original, highly acclaimed 2013 publication. In the first chapter of “Son”, Anderson’s intimate, poetic, playful images approached themes of life and death, of father and son, of joy and grief, as Anderson’s father was diagnosed with a deadly disease shortly after the birth of Anderson’s son.
“The first time I made this book, I was the SON in it as much as you are,” writes Anderson in the new afterword of the book.
The second chapter, which includes 40 images never before published, follows Anderson’s relationship with his son Atlas to the present day.

Anderson’s stimulating photographs – candid, light moments captured and presented with care, seriousness and attention – invite the reader into the personal space of his family, where they may stay for a while, look, and feel its warmth. 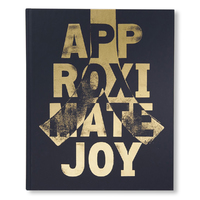