Todd Hido’s large-format photobook “Bright Black World” paints a world without life, after the end has happened.
The 48 images contained in “Bright Black World” – two of them double-sized gatefolds, one of them a large fold-out poster – were shot in Northern Europe and Japan. For Hido, who so far concentrated on North America to capture his familiar yet unsettling visions of natural and suburban landscapes, this is the first significant foray into shooting outside his home-country.

“Medieval monks had their parchment. They drew the Apocalypse in ochre and lapis lazuli. On their pages fires swallow the damned and the saved rise to heaven. Back on the leveled ground of this book, the reader examines the pictures in private devotion, running her fingers on empty fields.”

shashasha is now accepting pre-orders for “Bright Black World” copies signed by the artists, to be shipped in December. 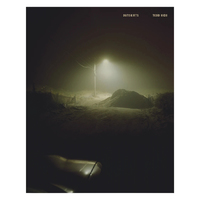 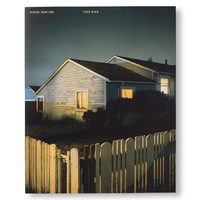