Roshin Book’s seventh publication focuses on Japanese photographer Shin Yanagisawa (1936-2008), whose photography was highly regarded by contemporaries such as Daido Moriyama and Ryuichi Kaneko. From 1963 on, after having recovered from an illness, Yanagisawa focused on photographing a variety of places throughout Japan. It was Yanagisawa’s philosophy to create photos that require no further commentary, that already say and contain everything there is to convey.
Yanagisawa held only four exhibitions in his lifetime and published only three photobooks. He chose to focus on his work at his own pace, ignoring trends in contemporary photography. In the 1970s, this work ethic has even led him to decline a request by Shoji Yamagishi, editor at the influential Camera Mainichi magazine, to publish new work.
Shin Yanagisawa - Untitled collects photography shot throughout Japan between the years 1965 and 1992 and includes a short essay by Naomi Yanagimoto in Japanese and English 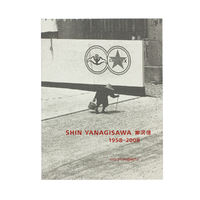 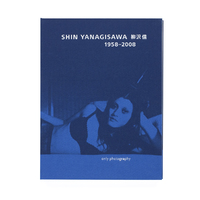 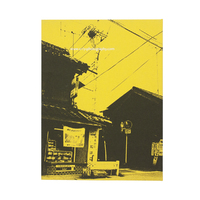