In a series of photographs taken of what appear to be Japanese families, openly gay artist Eiki Mori’s photobook “Family Regained” examines, among other things, the deeper implications and the fragility of the concept ‘family’. At first glance, the images depicting families in different situations - posed group portraits in the families’ homes as well as snapshot-like photos - seem ordinary. But soon it becomes apparent that Mori himself features in most of the shots (also, each photo in the book is printed in red color only). Mori, wearing borrowed clothes, appears as a normal member of the family, none of them seeming distracted by this presence of a strange member.

“Some people are allowed to have a family, others are not. Sitting in his empty family home, or wearing other people’s clothes and joining in with other families, Mori shines a light on these boundaries that are arbitrarily decided by society and, in doing so, makes them seem more precarious.”
from Michiko Sambe’s essay “On Returning to the Family” 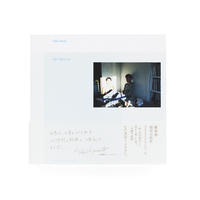