Much of Koji Takiguchi’s 2014 photobook “Sou” concerns itself with death. It opens with photographs of his wife and her dying mother, and shortly later Takiguchi’s father-in-law’s health declines until he passes away; the family cat Ponta, too, dies in the course of the book. But there are also spurts of vitality, with the pregnancy of Takiguchi’s wife and the birth of their child. Old images of his parents-in-law, photographed on top of a bed of dried flowers (created by his late mother-in-law), are interspersed and draw a direct connection between Takiguchi and his wife’s experience of life and those of her parents – opposite a wedding photograph of his wife we find two pictures of the in-laws on their wedding day, and photos of Takiguchi’s wife with the newborn mirror those of her as a baby being held by her mother.
Takiguchi’s book addresses the brevity and cyclical nature of human existence and the pain and joy that comes at the outer edges of its cycle.

“Through this intelligent arrangement, Takiguchi has permitted the viewer a catharsis of sorts, by unflinchingly recording both his own harrowing and euphoric experiences, and deftly delivering a document of profound grace and depth. Sou delivers refutation to Barthes’ statement that ‘every photograph is [a] catastrophe,’ as Sou suggests that collective life itself is not only to end in the catastrophe, but to also begin in wonder. The past, present and future are in accordance, bittersweet, but an ultimately harmonious coexistence.” (from the publisher’s description)

The book concludes with an interview text about the series’ origins and Takiguchi’s intentions (lead by Dan Abbe). 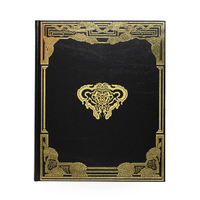