Yamamoto’s otherworldly, eery and highly poetic images are the result of a photographic process that intentionally reduces the role of articulated language as a means of communication between the photographer and her model. Shooting in Eastern European countries but also in Mawali in Africa and Hokkaido and Okinawa in Japan, Yamamoto prefers communicating through gestures and prelinguistic sounds. Her work draws from her experiences with cultures, regions, customs and beliefs around the world, which add to the rich, multilayered nature of her photographs.

“When I closely observe local people who have been living in the same area for a long time, I begin to feel they are a part of the scenery. I believe that they are made from the sunlight and wind their body has been receiving, and the accumulation of their everyday thoughts.

Even if I peel away these layers which form their body one by one, there is something primordial in their core that can be called ‘nature’ that barely exists at the bottom of their body. And it connects lands like roots under the soil regardless of differing cultures or languages.
(…)
The shape of one’s humanity is not definite, and so, being accepting of our ever-changing form, we live together as a single individual.”
― from Ayaka Yamamoto’s afterword (included in Japanese & English translation) 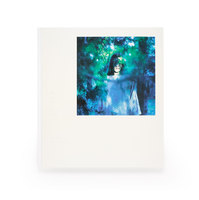 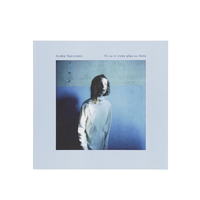