Starting with her debut in the 1950s, Hisae Imai constructed a dense, literary-like world through experimental and avant-garde photography. Following an accident that left her temporarily blind, she shifted the focus of her work to horses, and her early brilliant work was slowly forgotten by the mostly male-dominated Japanese photography world.

Contextualized through carefully researched introductory texts and essays, this book presents Hisae Imai’s lifework in chronological order, including her best known series “Ophelia”, her debut “Daydreams” from 1956, as well as the following other works: “Subjective Photography,” “Memories of Summer,” “A Donkey, the King and Myself,” “Model and the North Wind,” “Photo Fantasy: Candle and a Little Girl,” “Sea-born Fantasy,” “Yoko Kamoi: World of Sorcery,” “Fantasy: Eyes and Teeth,” “Lone, Rose Party, Dream Walk,” “Series: Child,” “Energy,” “Nihonkoku (My Japan),” “Work with Models,” and “Hippolatry: Enchanted by Horses.”

With breathtaking originality, its many allusions to literary works as well as its daring use of experimental techniques to achieve new and original visual styles, Imai’s photography retains its impact and fascination even decades after its original publication. 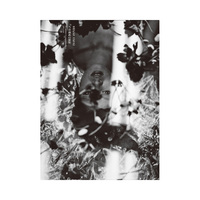