Keiji Tsuyuguchi’s photographic series “Place Names”, first created between 1999 and 2004 and then continued in 2015, features photographs taken in Japan’s northernmost prefecture Hokkaido. Two images, the second taken a little while after the first, combine to give an overview of different places on the island.
Each place is introduced via captions, giving the current name in Japanese and a phonetic approximation of the Ainu word used before Japan adopted the island and adjusted the place names to fit into the Japanese alphabet. Finally, each caption explains what the original Ainu word meant.

“What does it mean to put a name to a place? What consequences does it have for the place? These are questions beyond my capacity to answer. All I can do is draw close to such place names and photograph their landscapes.” 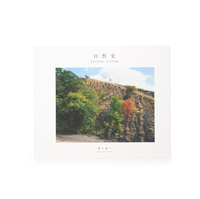