In volume 11 of his city diary series, German photographer Peter Bialobrzeski focuses on Dhaka, the capital city of Bangladesh and the fourth-most densely populated city in the world.
Following a written diary of his time in the city, which grounds his images in the greater context of world events while offering a short glimpse at Bialobrzeski’s own experiences during his brief visit, the book begins its sequence of cityscapes. Bialobrzeski’s style helps each element of a street take on a certain level of importance as part of a vibrant energetic (and visually pleasing) record of a certain corner at a certain moment, while as a whole the series of images forms into a portrait of the city’s make-up, its state of constant development and growth and compromises.

“25th February 2019 — An unusual rainfall prevents me from photographing in the morning. Listening to the chairman of the German gGreen Party talking on the radio, I can’t help the feeling that back in the West, we are dealing with meta-problems. While the pollution in Germany has been constantly decreasing, the increase in Dhaka is breathable everyday. It’s carbon monoxide, not carbon dioxide! Again, I feel like praying to some greater power to put a price tag on emissions.”
— from Peter Bialobrzeski’s foreword “Dhaka Diary” 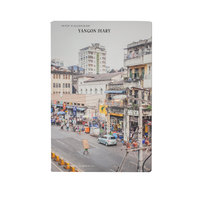 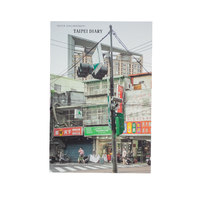 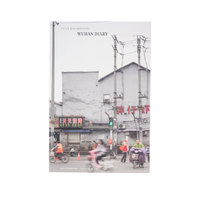