Even if Kawabe is taking up historical predecessors such as Araki, Takase and Tomatsu, the way the found material is treated, and also the precise and sensitive watercolors reveal a different, more gentle approach. If the Japanese artist, especially with the selection of photographs, is retracing her own identity, remains open. 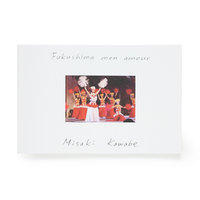