“Every ounce of effort from every single player was focused on the ball. The density of the players is such that one barely even gets a glimpse of the ball. Sometimes the ball advances, and when it does the mass of men moves with it. Here, slow judgement can be dangerous. They scramble in plain clothes - there’s no official uniform - so it’s ambiguous as to who might be a teammate or part of the opposition. It’s hard to tell who might even be a spectator. The location of the ball was always a scene of mayhem

This for the past 350 years, remains the face of the origin of football. In the chaos of it all, the figures are cast by instinct. Vividly alive, they appeared to move without reason or control.

Sometimes thrust into the chaos, sometimes running from it, I realised this is what I was desperately after.”

Born in Fukuoka, Japan in 1974, Shrove Tuesday marks Keijiro Kai’s first published body of work. Published in 2013 by Totem Pole Photo Gallery, Keijiro Kai’s photobook takes viewers into the crowds which have enveloped the town of Ashbourne in Derbyshire for the past 350 years in celebration of the annual ritual of “Shrovetide Football Match.” Spanning a two-day period, the images capture the masses of bodies within the crowds that partake of the tradition. From hillsides to sidewalks, the photographs present a reflection of an event memorised by the people, impassioned by the very core spirit of ‘sport’. 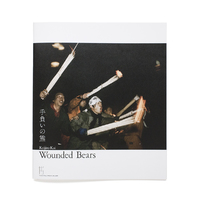